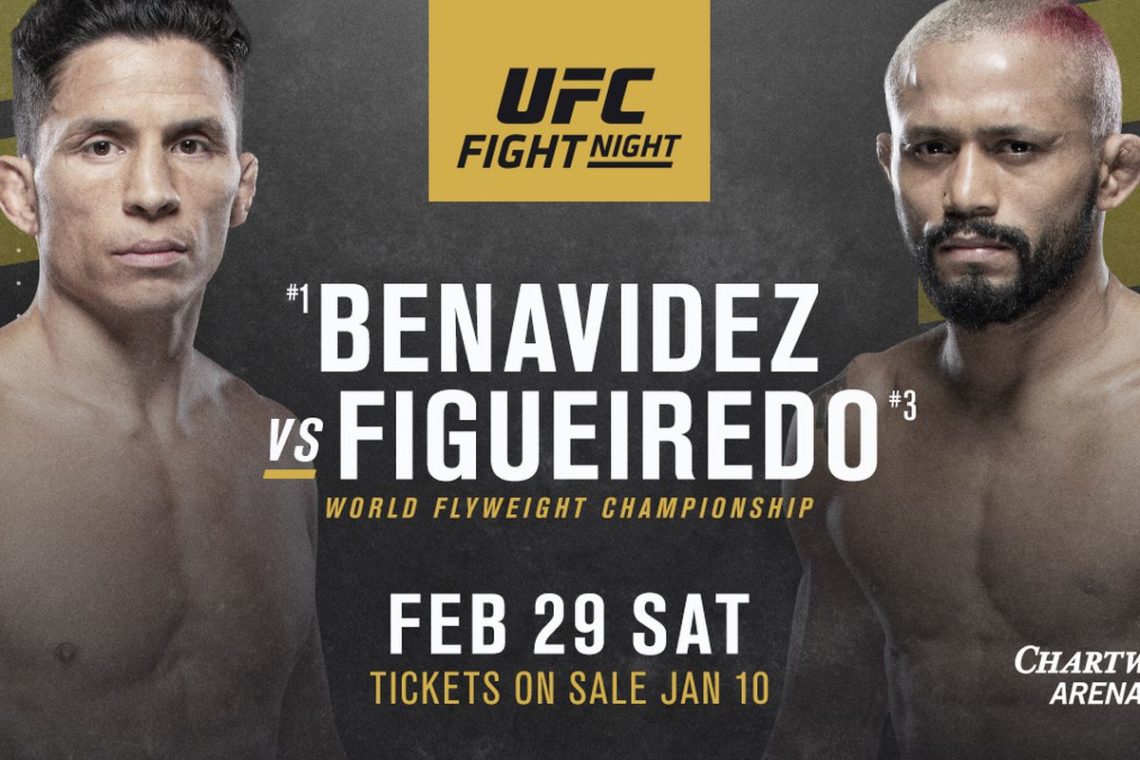 UFC returns to Norfolk Saturday, February 29! Don’t miss this chance to see the world’s best athletes compete inside the hallowed Octagon! It will be a night of fights that you won’t soon forget.

The vacant UFC flyweight title will be on the line as No. 1-ranked contender Joseph Benavidez faces No. 3-ranked Deiveson Figueiredo in a five-round championship main event at Chartway Arena. One of the best flyweights of this era, Benavidez has won 13 bouts in the weight class since 2012, including a 2016 victory over Cejudo, and after winning three in a row over Alex Perez, Dustin Ortiz and Jussier Formiga, the 35-year-old is determined to seize gold in February. Standing in his way is 17-1 Brazilian standout Figueiredo, whose 2019 wins over Alexandre Pantoja and Tim Elliott have him in prime form before the biggest fight of his career.