The Slightly Stoopid’s Schools Out For Summer tour with special guests Stick Figure and Pepper scheduled at Union Bank & Trust Pavilion on Friday, July 13 will be held in the venue’s waterfront plaza. Doors open at 5:30 p.m., and the show begins at 6:30 p.m.

The change within the venue is a result of ongoing work by the City of Portsmouth.

All tickets previously purchased for the show will be honored. 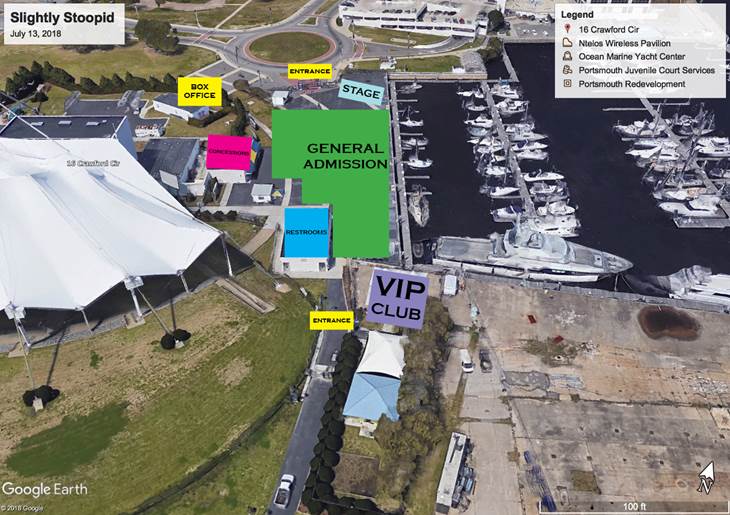 PORTSMOUTH, Va. – San Diego’s Slightly Stoopid returns for its fifth appearance in Portsmouth’s Union Bank & Trust Pavilion on Friday, July 13. The show is at 6:30 p.m., and gates open at 5:30 p.m.

Slightly Stoopid’s “School’s Out For Summer 2018 Tour” will include special guests Stick Figure and Pepper. The tour will bring the band coast to coast as well as headlining festival appearances at Levitate Music & Arts Festival and Arise Music Festival.

Slightly Stoopid has earned a very large fan base in Hampton Roads. The band performed in Portsmouth last year (2017). They also played the venue in 2016, 2014 and 2010. After spending 2017 touring globally, Slightly Stoopid and was named among the Top 100 Global Tours by Pollstar.

Stick Figure was founded in 2006 as a one-man band by multi-instrumentalist, songwriter, and producer Scott Woodruff, who began playing instruments at 17, primarily reggae Stick Figure toured with Slightly Stoopid, Rebelution, and many others and internationally recognized festivals including Reggae on the River, Cali Roots Festival, Life is Beautiful,Closer to the Sun, Levitate, and Bonnaroo.

Pepper is a three-piece band based in San Diego. The band consists of vocalist/guitarist Kaleo Wassman, vocalist/bassist Bret Bollinger, and drummer Yesod Williams. Since the band’s formation they have released seven studio albums as well as two live albums. They also were a headlining band for the 2011 Warped Tour.

Tickets go on sale at 10 a.m., Friday, Feb. 23 at the Union Bank & Trust Pavilion Box Office and all Ticketmaster locations, charge by phone at 800.745.3000 or purchase online at ticketmaster.com.