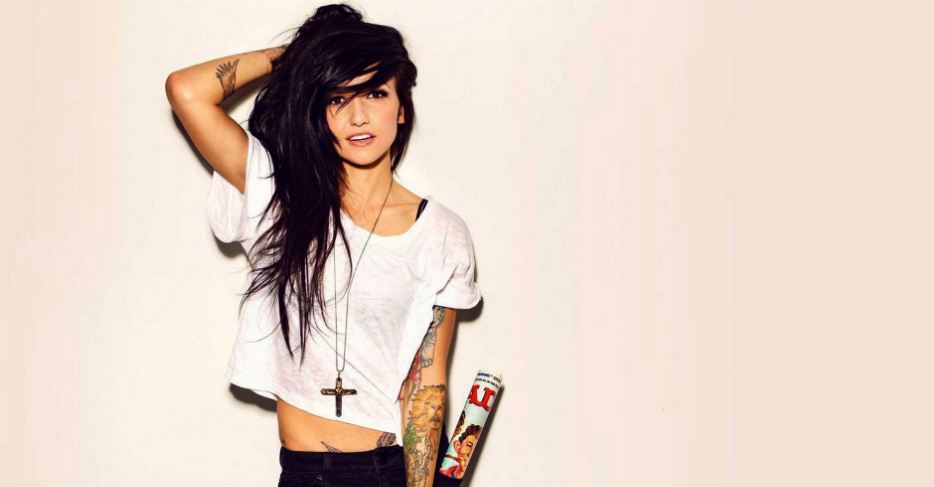 Always pushing boundaries, alt-pop phenomenon Lights has never shied away from a challenge. Through her first three records, Lights built an incredibly passionate fan base, selling out tours around the world, earning 100M in U.S. streams, over 200K in U.S. album sales, two JUNO Awards, and three Gold album certifications; not to mention the 2M + rabid fans who follow her every move online. Yet through this success, she felt like she had more important things to say through her music but just didn’t know how to get them out. Thus was born Skin&Earth, the Canadian singer’s fourth record and companion comic book series of the same name, entirely written and illustrated by Lights herself. As Billboard explains, “Concept albums are nothing new, but it’s the lengths to which Lights takes her fourth album Skin&Earth that sets it apart.” Further critical acclaim for the project comes from Playboy, who dubs her a “Real-life musical wonder woman,” while ELLE describes Lights as “a musician, and artist, and a comic book hero,” and Departures praises her as “More pop siren than indie darling.” Her anthemic single “Giants” brings the immersive comic book world to life, as Lights – and her alter-ego leading lady – struggles to find hope in a hopeless world. “Giants” has been steadily climbing the Hot AC radio chart and has amassed over 2M streams on Spotify. Lights has played numerous festivals including Coachella, Reading & Leeds, plus toured with OneRepublic, Tegan & Sara, Paramore, Kaskade, PVRIS and many others. She will embark on her worldwide headlining tour in 2018. As Buzzfeed attests, “It’s time for Americans to fall in love with Lights.”