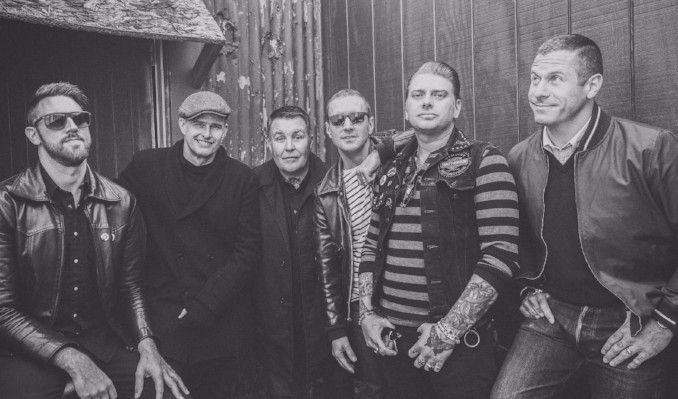 Dropkick Murphys come out swinging with their 6th studio album “The Meanest Of Times” a collection of tales about family, loyalty and remembering where you came from. “The Meanest Of Times” contains all the best elements of the DKM sound: a complex distillation of classic punk rock, Celtic folk and American rock’n’roll, this album puts the band’s diversity, intensity and sincerity on full display. From the Quincy Barbershop where it all began to Fenway Park the year the Red Sox won the World Series to six sold out shows in a club they used to be barred from to the title song in a Martin Scorsese feature film the DKM goal has always remained the same.

Says Ken Casey: “We always wanted to be that band that didn’t forget where it came from and we keep it in the forefront of our minds that we’re all in it together, audience and band members, as one, no one better than the other. That’s the M.O. of a lot of punk bands, but I think sometimes it gets lost the minute a band has any kind of success. We never want to let it go to our heads. We know how lucky we are to be doing this. It’s because of the people that listen to the band’s music we have this opportunity to see the world. I don’t care if we’re playing to 10 people or 10,000 people, those kids that are up front singing our songs are the reason we’re doing this.”