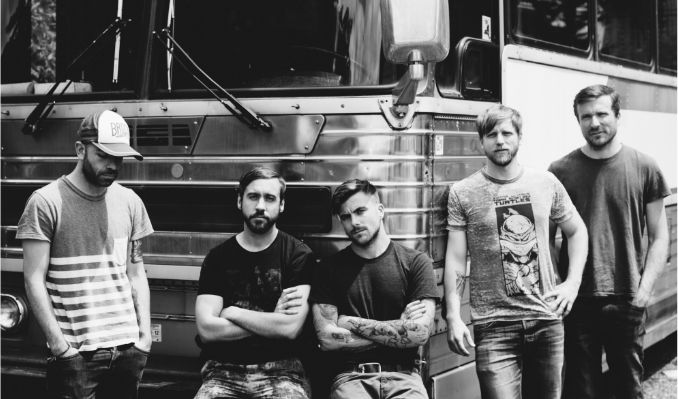 Circa Survive with Foxing and Hail The Sun

In their decade-plus career, Circa Survive have continued to challenge themselves and test the boundaries of musical genres. With each album they’ve gone outside their musical comfort zone, jumping between post-rock, psychedelic, prog, post-hardcore and shoegaze, creating a sound that’s uniquely theirs yet has the power to connect with a wide swath of music fans.

Their latest album, Descensus, isn’t just an impressive illustration of Circa Survive’s constantly evolving creativity; it’s a testament to the strong bond the five members share. They’ve experienced career highs and personal lows, but their dedication to each other has never wavered. “We’re just in a really sweet spot in our career where a lot of the hard stuff from the beginning is out of the way, and we’re in this place where we know how to write a Circa song, and we also know how to walk outside of our comfort zone together and enjoy it,” guitarist Colin Frangicetto says. “It just seems like at this point now there’s really nothing to be afraid of.”

The band embraced that fearless mentality when they went into the studio to write and record Descensus. After months of personal upheaval for each of the members, they managed to put all that aside and concentrate on making music together. With producer Will Yip once again at the helm, Circa Survive emerged with an album that they describe as their best yet. Whether it’s loud and chaotic (“Schema”), trippy and  indecisive (“Always Begin”) or vulnerable and dejected (“Nesting Dolls”), Descensus is the sound of a band on the same page.

Circa Survive formed in 2004 in Doylestown, Pennsylvania. It didn’t take long for them to catch people’s eyes and ears, both for their standout debut album, Juturna, and their passionate and dynamic live shows. Each album that followed was a success, from 2007’s On Letting Go to their major-label debut Blue Sky Noise (which would go on to debut at No. 11 on the Billboard 200, their highest chart position yet) to 2012’s Violent Waves, which they self-released.

Circa Survive continue to evolve, creating music that challenges and intrigues them as artists. Their shared desire to constantly create something new is what’s kept both their music and their bond strong.