2018 CoVa Battle of the Burgers

Join Coastal Virginia Magazine as we invite local restaurants to the battle it out to become CoVa’s Best Burger at the 2018 CoVa Battle of the Burgers. Attendees will be invited to vote for their favorite burger after sampling the delicious sliders, drinking Virginia craft beers and enjoy live entertainment! 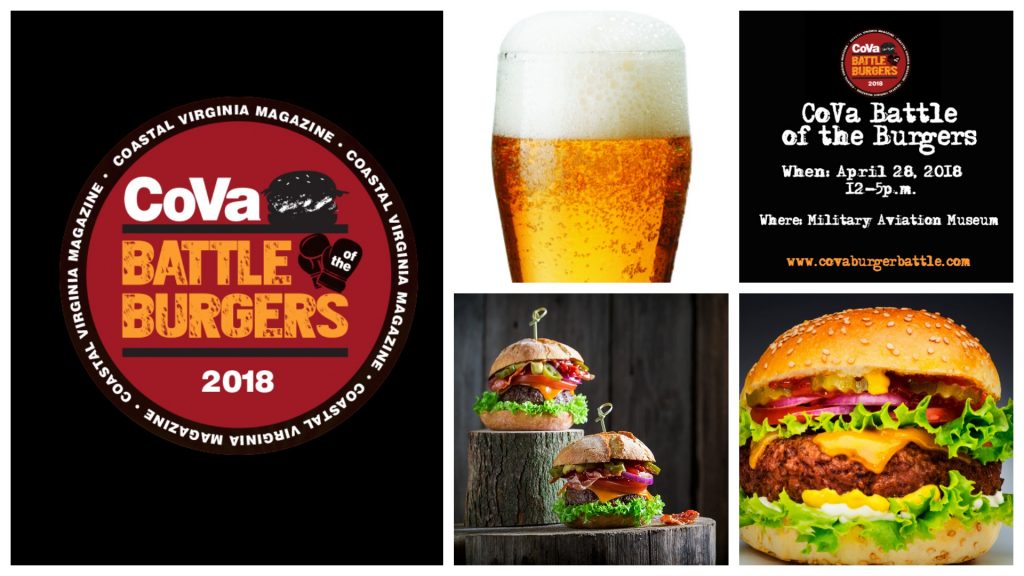 WHICH IS THE BEST BURGER?
YOU BE THE JUDGE.
Join us for a battle of epic proportions (and slider-sized portions) at Coastal Virginia Magazine’s inaugural Battle of the Burgers, held April 28 from noon–5 p.m. at the Military Aviation Museum in Virginia Beach. Taste slider-sized versions of the burgers featured here (plus a signature burger by the Culinary Institute of Virginia specially crafted for the event), then decide which burger deserves to be crowned the Best Burger in Coastal Virginia. Pair your patties with refreshing pours of Virginia craft beer and enjoy live entertainment for an afternoon of burgers and brews.

PAIRINGS
We’ve included some of our favorite Virginia beers, each paired with a local burger. Each featured beer includes a few tasting notes, the beer’s ABV% (Alcohol by volume %) and IBU (International Bitterness Units). The beers featured will be available for purchase at the Battle of the Burgers.