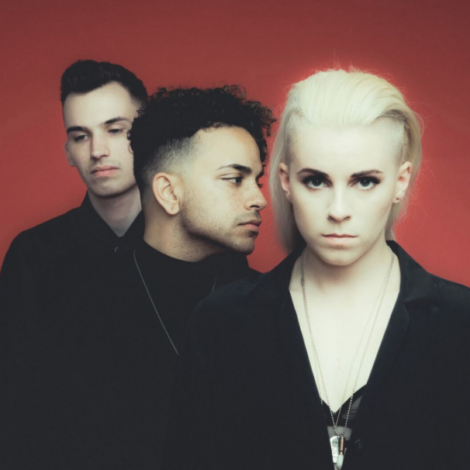 Pvris (pronounced “Paris” and stylized as PVRIS) is an American rock band from Lowell, Massachusetts, formed by members Lynn Gunn, Alex Babinski, and Brian MacDonald. The band formed originally under the name Paris but later changed it to Pvris in the summer of 2013 citing legal reasons. They released a self-titled EP and an acoustic EP before signing to Rise and Velocity Records. They released the single “St. Patrick” on June 24, 2014, along with a music video. They released their debut album, White Noise, in November 2014, and the deluxe version of White Noise on April 22, 2016. On August 25, 2017, they released their second album All We Know of Heaven, All We Need of Hell. (from Wikipedia)