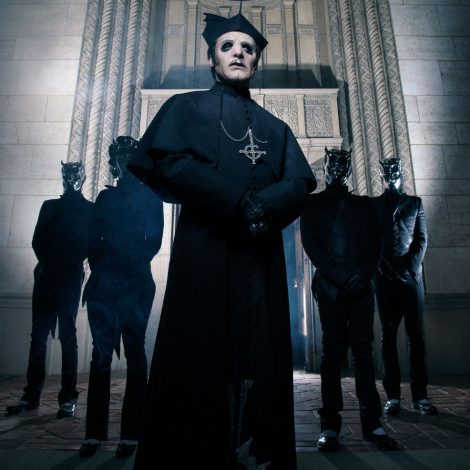 Ghost is a Swedish heavy metal band that was formed in Linköping, Sweden in 2006. In 2010, they released a 3-track demo followed by a 7″ vinyl titled “Elizabeth”, and later their debut full-length album Opus Eponymous. The Grammis-nominated album was widely praised and significantly increased their popularity. Their second album and major label debut Infestissumam was released in 2013, debuted at number one in Sweden, and won the Grammis Award for Best Hard Rock/Metal Album. The band released their third studio album, Meliora, in 2015, to much critical acclaim and high record sales, reaching number one in their home country of Sweden, and number eight in the United States. Its lead single, “Cirice”, earned them the 2016 Grammy Award for Best Metal Performance.