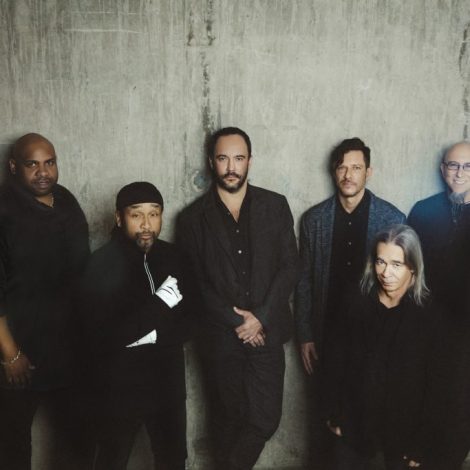 Dave Matthews Band, also known by the initialism DMB, is an American rock band that was formed in Charlottesville, Virginia in 1991. The founding members were singer-songwriter and guitarist Dave Matthews, bassist Stefan Lessard, drummer and backing vocalist Carter Beauford, and saxophonist LeRoi Moore. Boyd Tinsley joined the band as a violinist soon after the band was formed. Moore died suddenly in August 2008 due to complications from injuries sustained in an ATV accident. Grammy Award winner Jeff Coffin (of Béla Fleck and the Flecktones) has since filled Moore’s spot as the band’s saxophonist; trumpeter Rashawn Ross and guitarist Tim Reynolds have also become full-time members of the band. Other past members include keyboardists Peter Griesar and Butch Taylor.

The group’s 2009 album Big Whiskey & the GrooGrux King, their first after Moore’s death, debuted at number one on the Billboard 200, earning them their fifth consecutive number-one debut; their most recent album, 2012’s Away from the World, debuted at number one on the Billboard chart, making Dave Matthews Band the first group to have six consecutive studio albums debut in the top spot (Metallica would be the second to do so in 2016). As of 2010, the Dave Matthews Band has sold over 50 million records worldwide.

In August 2004, DMB was at the center of a controversy when about 800 pounds of liquid human waste was dumped from band member Boyd Tinsley’s tour bus through the grate in the Kinzie Street Bridge in Chicago onto passengers aboard a sightseeing boat on the Chicago River below.

The band is known for playing its songs differently each time they’re performed live. This has become a staple of DMB’s live shows and has grown with the band since Fenton Williams began working with them in the early 1990s. Another staple of their annual summer tours is a three-day stint at The Gorge Amphitheatre in Washington state over Labor Day weekend.