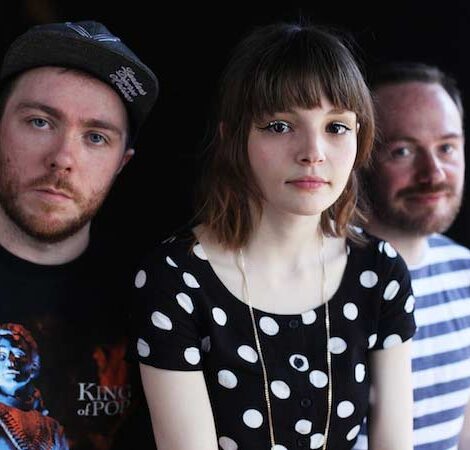 In 2003, musicians Iain Cook and Martin Doherty met as students at the University of Strathclyde in Glasgow. Doherty was a member of the rock band Julia Thirteen, and asked Cook to produce some of the band’s music. Although Julia Thirteen never recorded any further material, the experience proved vital, as Cook and Doherty formed a mutual partnership through music. A few years later, Doherty joined Cook as a member of the alternative rock band Aereogramme, but the two quit in 2007 when they became frustrated with the band’s sound and lack of exposure. Doherty was then offered a role as a touring member of The Twilight Sad, but quit in 2012 after growing tired of playing someone else’s music. The two had become jaded with alternative rock, and decided to start their own music project.

A few years after Cook left Aereogramme, he began listening to the American electronic music band Emeralds. Inspired, Cook bought a Minimoog Voyager and began “playing around with soundscapes and stuff like that…kind of with a view of doing stuff from the ’80s”.[10] In September 2011, he produced an extended play for the band Blue Sky Archives, and asked vocalist and drummer Lauren Mayberry if she would be interested in singing backing vocals for an electronic music project he and Doherty were working on. Mayberry was intrigued by the offer, as neither of them had any background in electronic music. “For me it was nice to write over different instruments and not have to try to sing and scream over live drums and a Marshall bass stack,” said Mayberry.

The three musicians quickly bonded, and spent the next few months writing and recording songs in a basement studio. During these sessions, Mayberry wrote the lyrics and hooks, Doherty provided melodic ideas, and Cook produced the songs. Once the sessions had concluded, the three decided that they worked well enough together to try and perform the songs as a band. The initial plan was to have Doherty sing lead vocals, while Mayberry would sing backing vocals. Mayberry was eventually promoted to lead vocalist after Cook and Doherty heard her singing abilities. In addition to her new role, Mayberry became the band’s frontwoman, and gave the other members a reading list about the inner workings of the music industry.

The band members settled on the name Chvrches (stylized as CHVRCHΞS), which uses the Roman letter “v” instead of a “u”. This spelling was chosen to differentiate themselves from actual churches in online search results. There was no conscious decision to have a name with religious connotations; instead, the band members felt that the name gave “a strong vibe that could be interpreted in many different ways”. Mayberry also noted that the v is a subtle nod to band names from the influential witch house genre of music, including bands such as SALEM and Ritualz. “We did consider putting upside down crosses at either side of our name, but that would have dated us, I think” said Mayberry.