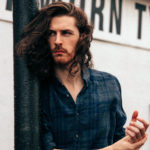 Wasteland, Baby! is the second studio album by Irish musician Hozier, released on 1 March 2019 by Rubyworks Records. It is Hozier’s first album since 2014. The album includes the songs “Nina Cried Power” and “Shrike” from the 2018 EP Nina Cried Power, as well as the single “Movement”. It will be promoted by a North American tour, to begin in March 2019, and a European tour in August, September and October of 2019.

More Albums From This label:
Wasteland