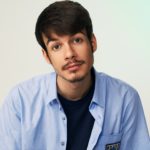 Pony is the third studio album and major-label debut by English musician Rex Orange County. It was released on 25 October 2019.

Hannah Mylrea from NME wrote of the album: “A dazzling follow up to Apricot Princess, Rex Orange County’s third studio album is a total delight. It may be miserable outside, and the world’s going to shit, but try listening to ‘Pony’ and not feeling a little bit more optimistic about the future. Go on, we dare you.” Elly Watson expressed similar views in DIY magazine, describing it as “equal parts heart wrenching and hopeful”.

Giving the album an average 3 out of 5, Tara Joshi at The Guardian described the album as “jaunty and engaging”, though Joshi expressed that “Pony meanders, seemingly unaware of its purpose”.

More Albums From This label:
Sony

More Albums From This Genres:
New