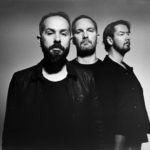 Cry is the second studio album by American ambient pop band Cigarettes After Sex, released through Partisan Records on October 25, 2019. It was preceded by the single “Heavenly”.

Frontman Greg Gonzalez said: “We made [Cry] to just be a snapshot of a moment, to capture the feeling of something. And it’s flawed, but the fact that it’s flawed means that it’s an honest portrayal. And that’s what is perfect about it to me.” Gonzalez also remarked that he views the album as a “film” as it was “shot in this stunning, exotic location [Mallorca], and it stitches all these different characters and scenes together, but in the end is really about romance, beauty & sexuality.”

Elaborating on the band’s style, Gonzalez said that after experiencing heartbreak, the music he needed was “very gentle” and “very peaceful, because internally I was going through such turmoil. The music that I make became a reaction to the life that happened.”

More Albums From This label:
Partisan